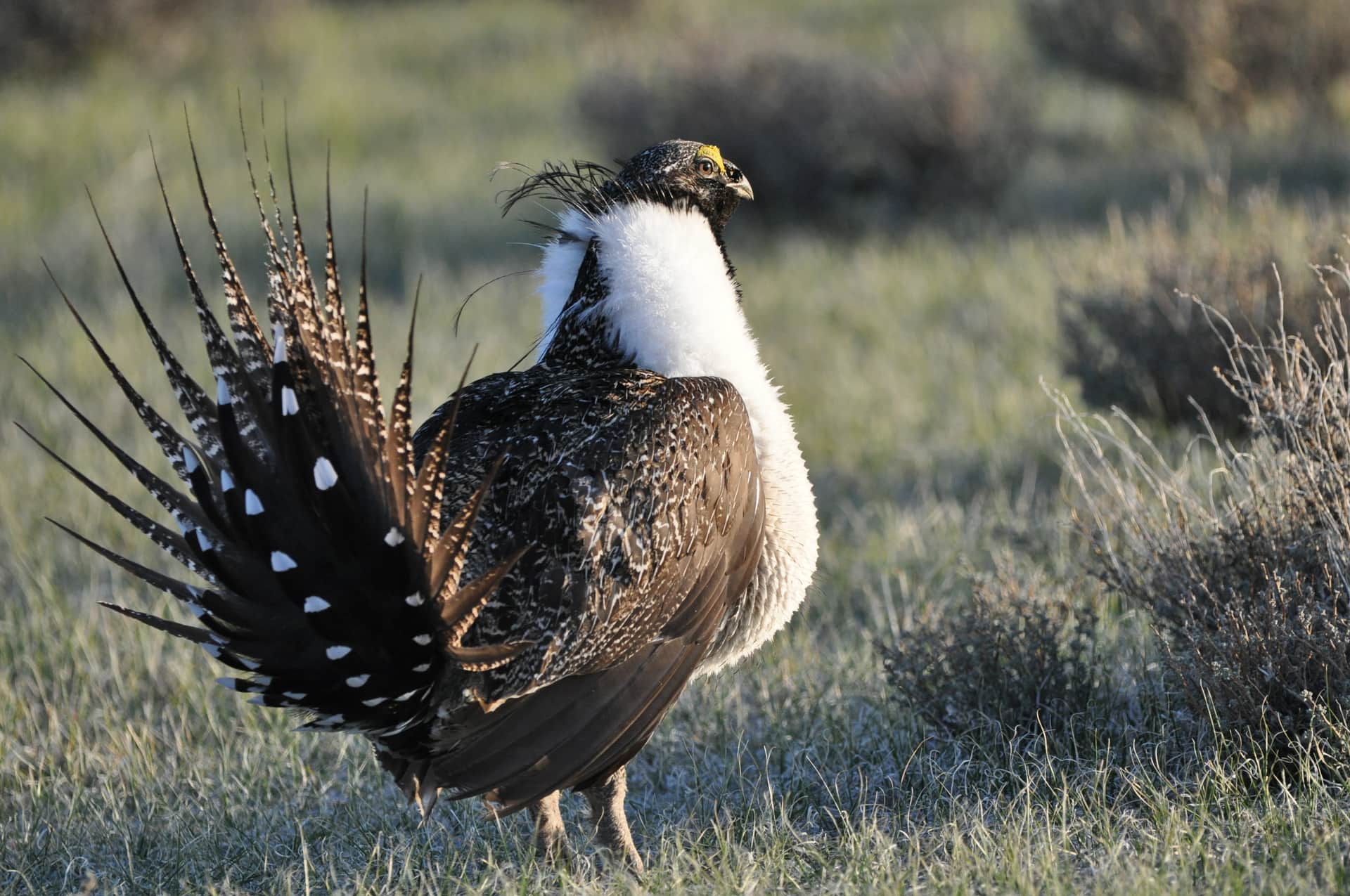 Landowner moves 1,300 acres into conservation. Source: The (Cortez) Journal. The threatened Gunnison sage grouse used to thrive on the sage brush plains in Dolores County.  But as farms, roads, and subdivisions encroached on critical habitat, their numbers diminished, triggering action by the U.S. Fish and Wildlife Service to list them as threatened under the Endangered Species Act last year.

Landowner Richard Marsh remembers seeing the bird often in the early 1990s, then it disappeared. “When I first bought property north of Dove Creek, I used to see them all the time, their nests and chicks,” he said. “Now if you see one it’s like winning the lottery.”

Marsh is on a mission to help bring the bird back by preserving its critical habitat through conservations easements with the Montezuma Land Conservancy. He recently closed on 1,300 acre conservation easement within occupied habitat for the Gunnison sage grouse. The land is also preserved as a working cattle operation, has a reserved building site for a home, and is leased to a hunting outfitter.

The property borders BLM land and is adjacent to two existing conservation easements, one of which was also put in place by Marsh last year. The combined private properties protects a 2,700-acre block of agricultural land Gunnison sage grouse habitat. But it’s not just for the bird. “Preserving grouse habitat benefits big game habitat also, especially for mule deer whose numbers are down,” Marsh said. Marsh partnered with Colorado Parks and Wildlife, and received compensation as part of the conservation easement agreement.

It’s a misconception that sage grouse and cattle cannot co-exist, he said, or that the federal listing will cause people to lose control of their land. The easements are leased for cattle grazing to a local rancher who understands rangeland practices that preserve the habitat long term. Under the easement, the livestock numbers cannot exceed 178 cow-calf pair. “If done right, it works,” Marsh said. “Historically, ranching and grouse co-existed. Going back further, bison and grouse lived together.”

Easement conditions prevent overgrazing, and require avoidance of grouse mating and nesting grounds. “The Marsh easement is similar to others in the Dove Creek area,” said Jon Leibowitz, executive Director of the Montezuma Land Conservancy. “It strikes a balance between conserving important habitat for the Gunnison sage grouse and honoring the agricultural heritage of western Dolores County.”

How Congress Can Improve Laws on Land Conservation
September 19, 2020

OPINION: The Upstate is a treasure worth protecting
April 22, 2018