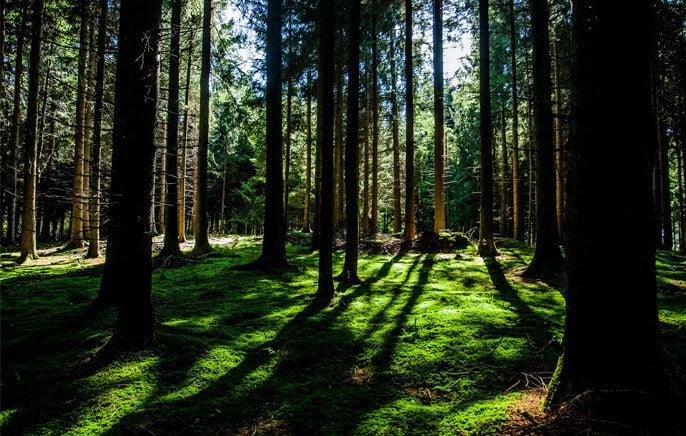 Source: Greenville News (September 1, 2022) – The mountains and foothills of northwestern South Carolina are a place of singular beauty and abundant natural resources, causing people to flock here for centuries. That growth has exploded exponentially in recent decades and, if left unchecked, it has the potential to destroy the very things that drew people here in the first place.

This is the message the network of conservation groups, concerned citizens and businesses that are doing the work of preserving the Upstate’s beauty want people to know. Despite the challenges, the good news is anyone can be part of the work to ensure that beauty is protected and preserved for future generations.

Growth is inevitable, blight is not

At the heart of this environmental concern is a sobering reality: Greenville is expected to gain more than 200,000 new residents by 2040.

Those people have to go somewhere. But according to Doug Harper, chairman of Greenville-based Harper General Contractors, one of the Southeast’s largest construction firms, developers and policymakers can guide that growth into areas that make sense and have the least impact on the region’s green spaces.

“I definitely feel that it’s a critical issue for the present and future of our county and the Upstate as a whole,” Harper says.

As head of a major construction firm and a trustee of Naturaland Trust, one of the state’s two oldest conservation trusts, Harper has a keen interest in protecting the state’s natural resources. He explains that, contrary to what some business leaders believe, conservation is actually a huge economic driver and not a roadblock to growth.

He adds the conservation work in past decades by visionaries like Greenville’s Tommy Wyche, who founded Naturaland Trust in 1973, has preserved huge tracts of land for public enjoyment that underpin the region’s quality of life and draws so many to move here.

While balancing growth with preserving natural resources has always been a challenge, the accelerating pace of that growth presents new challenges, according to Naturaland Trust Executive Director Mac Stone.

“We always feel that we’re in a race against the clock,” Stone says.

One recent development that has helped despite the population growth — or possibly because of it — is an increased public awareness of the value of natural spaces, driven in large part by pandemic restrictions. Stone says visits to local and state parks have exploded in the past two years as people sought respite from long periods of isolation.

He adds that people increasingly view such spaces as more than just amenities that are nice to have.

A significant recent development, which has arguably arrived with little fanfare, is the creation of the Greenville County Historic and Natural Resources Trust.

Created in 2020 by Greenville County Council, which appropriated $2 million over its first two years, the trust is an important milestone not only for the conservation projects it is funding but for the way it signals the county’s commitment to protecting the area’s historic and natural resources.

Board Chairman Carlton Owens says the county demonstrating it has skin in the game is a critical component of securing state and federal conservation funding. Historically, the county has been fortunate to attract significant investments from the S.C. Conservation Bank, Owens says.

By mid-September, the trust will have concluded its first five projects securing about 420 acres and one historic property.

“We’re off to a good start,” he says. “But it’s critical if we want to attract those state and federal match dollars… that we show local commitment, and that’s what the trust is doing.”

COVID-19 Has Changed The Housing Market Forever. Here’s Where Americans Are Moving (And Why)
November 23, 2020